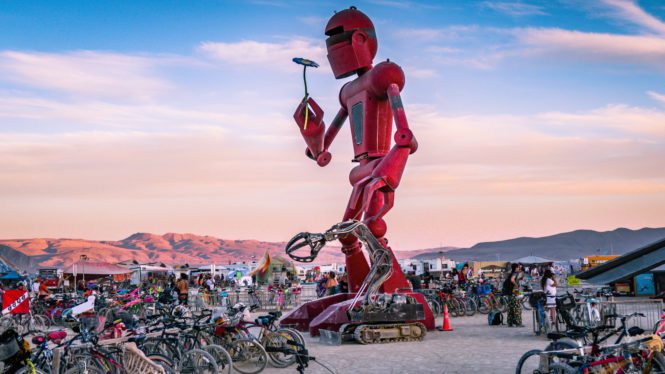 For the 2018’s edition, Burning Man has announced the popular theme of “I Robot” based on Issac Asimov’s popular science-fi series from the 1950’s.

The theme was chosen by Burning Man founder Larry Harvey and Stuart Mangrum, who wrote the article about it one The Burning Man Journal.

“This year’s art theme will focus on the many forms of artificial intelligence that permeate our lives; from the humble algorithm and its subroutines that sift us, sort us and surveil us, to automated forms of labor that supplant us. Are we entering a Golden Age that frees us all from mindless labor? Everything, it seems, depends on HMI, the Human-Machine Interface. In a world increasingly controlled by smart machines, who will be master and who will be the slave?.”