"Don't act like a dick, basically, and you've got a good chance" 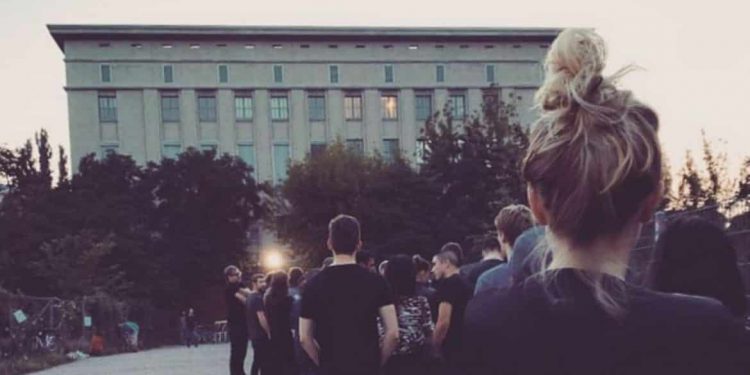 If you were wondering just what you had to do or wear to qualify for entry into Berghain, you can put your mind to rest now. Also read: Berghain has announced 60hrs NYE event.

Earlier we’ve posted an article with pictures of visitors of the famous Berlin club and one showing what people look like after 16 hours of raving at Berghain. The three combined, including this one, should give you everything you need to know to get inside.

The club’s famous bouncer, Sven Marquardt, known for being picky in terms of clientele, has been interviewed by GQ and has explained what influences the door staff’s decisions at the Berlin club.

“It’s subjective. Only a few of my guys are allowed to select guests at the door. They have to understand what Berghain is all about first and I try to give them that foundation. Beyond that, there are no set rules.

“My people all have their own personalities, and you can see their sensibilities reflected in the crowd over the course of their shifts. You always want friction, though. That’s the theme in any good club: diversity, friction.”

It’s diversity that seems to be the key factor in who gets in and although you might think wearing all black is a given in Berghain, Sven doesn’t seem to be encouraging it.

He added: “If we were just a club full of models, pretty people all dressed in black, it would be nice to look at for a half an hour, but God, that would be boring. It would feel less tolerant, too.

“I feel like I have a responsibility to make Berghain a safe place for people who come purely to enjoy the music and celebrate—to preserve it as a place where people can forget about space and time for a little while and enjoy themselves.”

Don’t act like a dick, basically, and you’ve probably got a good chance of getting in.