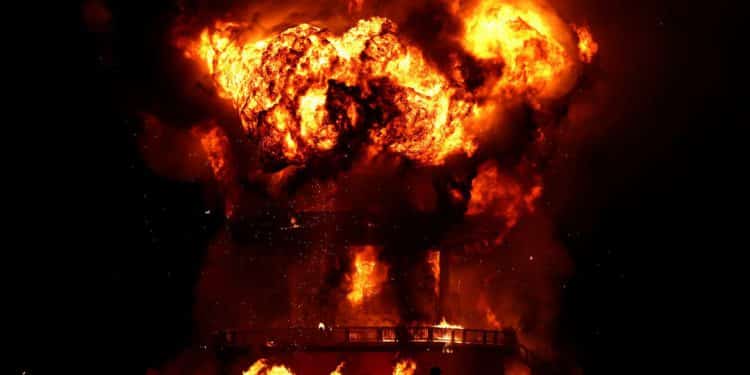 Nevada – A man who jumped into the fire at Burning Man on Saturday night has been announced dead.

Aaron Joel Mitchell, 41, was airlifted to UC Davis Medical Center in Sacramento, California after being pulled from debris, but he was pronounced dead on Sunday morning.

Reports state the Switzerland-residing US citizen broke through security before running into the fire which burns a 50 foot wooden statue of a man.

Medical staff claim Mitchell was not under the influence of alcohol and a toxicology report is currently pending.

CNN notes it was difficult investigators to find out more information on the incident due to the amount of people leaving the desert festival on Sunday night.

Burning Man’s website says that participants and staff have been provided with emotional support and has called for togetherness.

Disturbing photo of event is below. 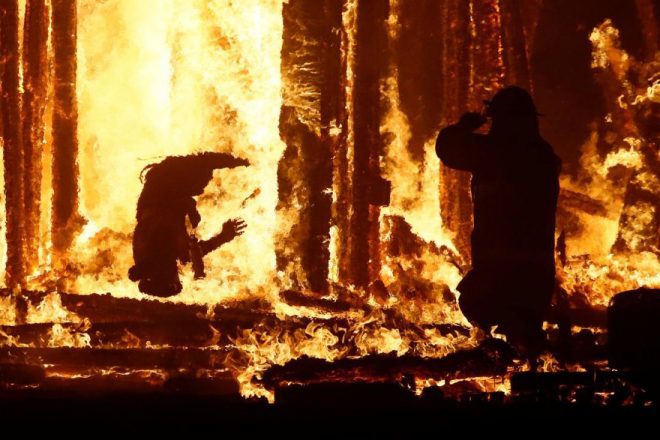