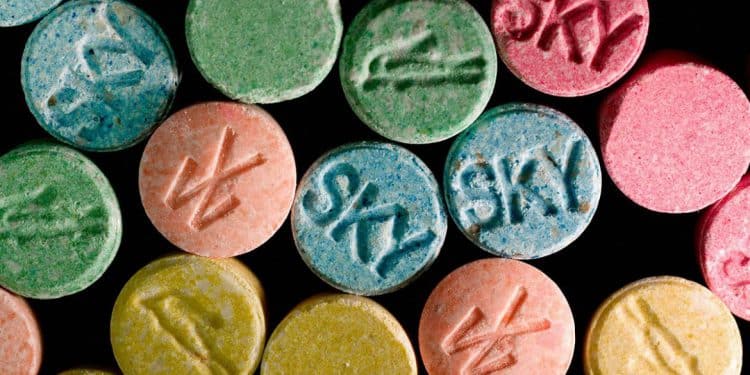 Ravers have been warned over a new wave of “super-parties with these drugs” that could result in a “perfect storm” of mass casualties.

Revellers attending the events are said to be taking high-strength MDMA – commonly known as Ecstasy – with purity levels not seen since the drug took off in the late 1980s rave scene. One drug counsellor said the class A drug, also referred to as ecstasy, had become so strong it was leaving students “walking around like glass” with comedowns lasting as long as four days.

The super-parties were said to have taken off across Britain’s universities last year and are now considered the norm for undergraduates, with students trying to outdo one another. Sometimes coming complete with club DJs and bouncers on the front door, the events have seen hundreds of people crammed into terraced student houses not designed to take the weight.

One student party in Manchester was so overloaded with people that the floor collapsed, leaving some of the guests crashing into the basement below. Organisers have also been known to block exits with sofas and mattresses to provide home-made sound proofing in a bid to prevent noise complaints.

On Tuesday (25 April), authorities in northeast England became so concerned about the craze they launched a multi-agency taskforce to tackle the phenomenon. Newcastle City Council, which says it has dealt with 136 of the events in the past eight months, has joined forces with Northumbria police, Tyne and Wear Fire and Rescue Service and the North East Ambulance Service.

They collaborated to produce a series of videos highlighting the dangers of super-parties, sharing the clips with students on social media. This messages from drug counselling service Lifeline, which says students, many from privileged backgrounds, are now turning to them for the first time with problems relating to MDMA. Claire Dean, a Lifeline spokeswoman, said there had been a huge increase in use of the drug, which was now “the strongest available in two decades”.

“For the first time we are having people coming to us with problems relating to MDMA; we have never seen that before,” she said. “It is a danger to promising student careers. These drugs in the strength we are now seeing have a four-day comedown period; these kids are walking around like glass, unable to function.”

Last year the European Monitoring Centre for Drugs and Drug Addiction (EMCDDA) warned that dangerously pure ecstasy pills and MDMA crystals were feeding a recent EU-wide resurgence in their use. A 2017 report by Drugwise, an online site providing information about illegal drugs, confirmed the trend was being seen on UK streets, saying purity levels of many class A drugs, including ecstasy, had reached “unprecedented” levels.

It said a resurgence in the popularity of ecstasy could be linked to a rise in the popularity of EDM. Tracy McCann, Newcastle City Council’s lead practitioner for anti-social behaviour, spoke out about the “super-parties” where some students are taking the drugs. “It started at the end of the exam period last year when we began getting calls about very large scale parties with hundreds of people attending,” she told the Daily Mail.

“There were security men on the doors and the exits were being blocked with sofas and mattresses. The parties were being widely promoted on social media. Across the country it has become the way students choose to party. They don’t want to spend their money going out to clubs when, in their eyes, they can do it their own way at home.

“But the dangers from so many factors are obvious and we are acting before we have a mass casualty incident to deal with.”

Jade Makarski, a firefighter with Tyne and Wear Fire Brigade, said it was common for nitrous oxide (laughing gas) to be used at the parties, which is highly explosive.

She said: “If there was a fire it would blow up, it would take out the walls, the floor, the whole thing would come down. The exits are being blocked so that means we can’t get inside to get water on the fire which hugely increases the likelihood of fatality. “We are also talking about floorboards designed for family use which have tonnes of pressure on them so there is a great danger of collapse.”

Assistant Chief Fire Officer Alan Robson added: “These parties are a recipe for disaster, they create a perfect storm.”