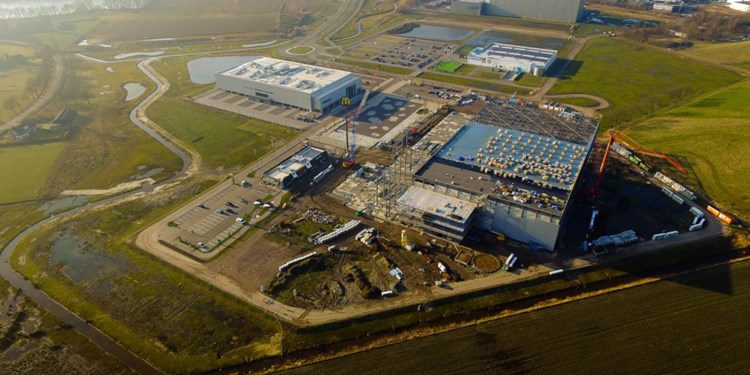 Breda – This is something new and crazy. Promotor sub:Merged has decided to give actual company share with each ticket sold. Turning ticket buyers into company shareholders. For as far as we know this is a world’s first.

Sub:Merged is aiming for 100,000 visitors this September at sub:Merged the gathering, and was announced as “the world’s biggest techno festival”. Last week they announced the first 50 names on the line up.

Read their official press release below

After announcing the first 50 names of the line up, and while preparing the remaining 100 names, we would like to talk about our message and our movement.

Our movement is about love, peace, unity, respect and equality through Techno. Our goal is bring people together to make positive changes in the world through the music that we all love the most.

Changes will be in many forms. Standing together against hate and everything that is included in that word is a change. Using some of our revenues from the festival and everything we do to directly help towards solving the homeless, children in need and many other problems in the world today, is a change. Helping the talented artists from around the world to break through and reach their goals is also a change. Creating many jobs is a change. By doing so together, we lead by example and influence others to follow the same route.

We don’t have to be a charity to help, this is the idea. We can be a business and help the world at the same time. In fact by being a business we can even help more. Charities and non-profit organizations are limited to what they can do, but as a business, we can help directly and also help raise more for those organizations. .

We understand that people are the key ingredient to any movement, the real power able to make those positive changes a reality, that is why we care about people the most with everything we do. We want to create a global techno family that can make those changes and lead by example.

We are just initiating the foundation of the movement, and creating the platform for you to make history.

A real family will share the effort as well as the success, therefor we are happy to announce that every person buying a ticket to the first edition of the festival will get a share in the company. The 100,000 people going to our festival and turning our movement into reality will all receive shares. That is 100,000 shares equaling 10% of our company.

This is the least we can do to give back to those who believe in us, and to truly share the journey together. We want you to be an active part of it and share your views and ideas with us.

The signed share certificates will be sent on 01/09/2017 by email to all buyers including the ones who already purchased tickets.