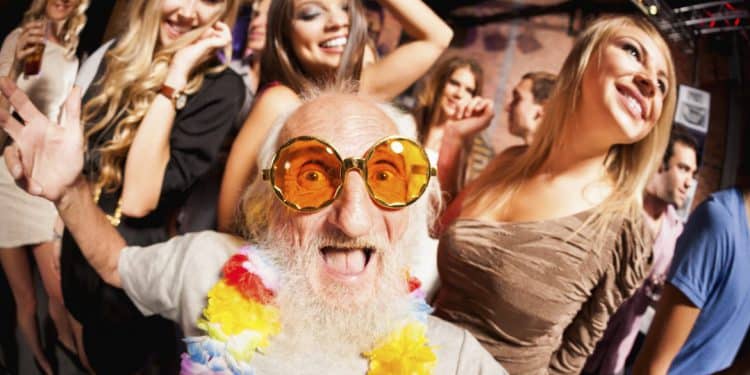 If you’re still feeling the effects of a night out in Leeds this weekend, it may be because you’re now “too old” to go to a nightclub. We finally have cold, hard scientific evidence of when you can no longer show your face in a nightclub because you’re too old. Apparently.

According to a new study that appears to be carried out by Currys PC World (they are the only people to offer up any statement on the results), if you’re 37 it is officially “tragic” for you to go to a nightclub.

Meanwhile, the research states 31 is the year we start preferring to stay in over going out.

Nearly half of respondents said they prefer to stay at home in front of the TV in general, regardless of weather, while the expenses of a night out were also one of the big excuses.

While going out to a club and socialising at the age of 37 is apparently unacceptable, research revealed 14 per cent of respondents liked to stay at home stalking people on Facebook. Another 37 per cent simply enjoyed using social media.

It would appear this study hasn’t actually asked any participant if, when or how they want to listen to actual music in a club. Instead the research found out things like how many people didn’t want to get “dressed up” (22 per cent), “arrange babysitters” (12 per cent) and “book a taxi” (21 per cent).

Then, of course, there’s the seven out of 10 people who are happy to have found the one because we all know that is the only reason to go clubbing.

Matt Walburn of Currys PC World said: “The Great Indoors study recognises the fact that there comes a time when we appreciate our home comforts more than a hectic social life and it can often be a drag to play the social butterfly at parties and nights out.

“It’s now almost impossible to get bored at home, with endless box sets and the latest technology, such as 4K TV, enhancing the in-house experience, so much, that it often surpasses its ‘outdoor’ equivalent.”

Cheers for that, Matt, but there’s still plenty of over-37s keen for a rave over Blu-rays. Remember, no one cares how old you are as long as you’re having a good time and being respectful.

No Result
View All Result
Test